By now, most of you have already celebrated your 50th (Oops! I meant the other number) Birthdays. I just did on Nov. 15th.
At my party we also premiered my latest video! Yep! That's right. Another one! Anyway, I would love to share it with you now. Remember, it was only made for fun but the end result is pretty awesome! I hope you enjoy watching it and by all means pass it around to anyone else you think would to!
Ciao for now. Love & Happiness always, Gigi (Jacobs) Mitrovic
p.s. if any of you have trouble opening the video, you can go to youtube and put these words in the search box
priceless one eyes on me
And then click on the photo of me. I'm wearing pink like the photo I attached to this email. 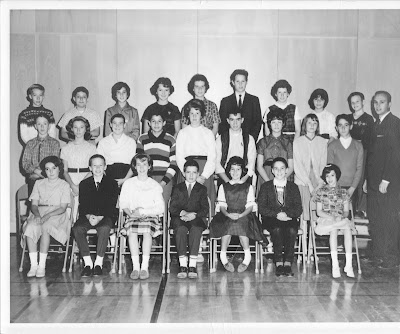 This is a big thank you for a job well done! I had a wonderful time reconnecting with my classmates, and Michael enjoyed himself as well. I think that is a true testament to the quality of the people there. Let's keep the love alive! 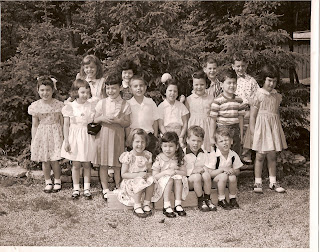 Can anyone identify these people
Posted by Stan at 9:08 PM 6 comments:

To those who could not attend the celebration last night - you were missed. HBD to you (belatedly or early).
For those you came up to inquire on my recovery - I can't thank you enough for your interest in my well being.
Yes, 2008 was a difficult year but with G*D's help I survived and my rehab has gone/and is going well.
I have moved back to the area from (Memphis) and I living in Northbrook. Please stay in touch - I am a great
Emailer (especially) and am always interested in my past classmates and friends. My email is stankatz@comcast.net.
It took this incident for me to truly realize that family and friends are all the really matter in life.
As above HBD to you all. I thought everyone looked great.
Love
Stan
Posted by HPHS Class of 1967 at 4:43 PM 1 comment:

Dear Ed, David, Alan and all the HPHS67 Class:
Unfortunelly today I will not be able to be at Bertucci´s like two years ago.
It is not my willing to be absent, believe me. But the global crisis plus the argentinian one, made impossible for me to be this evenning sharing with all of you.
Nevertheless, at 10 pm ´local time, your 8pm time, I will make a toast at distance with and for all the Giant 67 class.
Please send my regards to every one at Bertucci`s.
Happy birthday.
Your argentinian classmate
Alfredo Monteverde
Posted by HPHS Class of 1967 at 3:05 PM No comments:

Happy 60th! I wish I could be there with all of you to celebrate! Have a great time.

I hope to be in Chicago in late Aug. to celebrate another classmate's 60th.

You're rubbing it in! I would so love to be there! As it happens, I'll be on Deer Isle, Maine....ah, well. Lobster, not pizza. But no pals....Sending big hugs and loud greetings to all! Steve Ettlinger

I'd love to be there, but it's too far for a drink!

Best to all, Ron Rubenstein

I am looking forward to the Birthday Party.

I decided to visit Chicago in conjunction with our class birthday party. So then one sister decided to come to town, then the other, then my brother from Australia with his family. It will be a Verin reunion. But the big news is my sister Helene just published a book that is getting rave reviews and she's doing a book signing at Barnes & Noble downtown the night before our party. She's an HPHS graduate too! Here's some info: 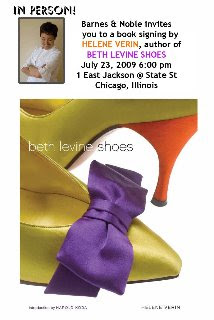 Shelley
From Gigi Jacobs Mitrovic...
These past few years have been very stressful on most of us. So, I decided to bring a little fun & smiles to my fellow classmates by presenting you with my 2nd video! Just go to youtube and but these 2 words in the search box. dove priceless Once you see yours truly in the red dress, click on me! BTW... Thanks to all of you who saw "Believe". Unfortunately, Its no longer on youtube:( We were just (34) views short of (3000) before the youtube police deleted it! By Sept of this year, I will have a brand new video that will surely knock your socks off! Looking forward ro seeing you at our 60th Birthday Bash! Ciao for now!
Gigi Jacobs Mitrovic
Posted by HPHS Class of 1967 at 11:15 AM 1 comment:

Dale (Emmerich) and I wish we could make this event! is a little too far to commute this time. Have a piece of cake for us and wish all the folk well!

(One of the Army Brats)
Sounds like fun! I'm moving back to Portland Oregon so I'll miss it! I'll be back for our 50th reunion...yikes, it's not that far away!
Maya Abels

Dear Class of '67, I am living in Az. and will not be able to attend though would love to be in email contact with classmates. Any chance of exchanging email address' with folks who might like to chat via email? Thanks, Jill Steinberg Guenin

Count me in. I am excited.
Had my 60th last weekend and took my entire family on a Caribbean Cruise. The grandbabies were the best!
Love, Lisa

Happy birthday, everyone! I'll be thinking of you--this is the day before my own 60th!
Jane Schachter Barton

I will miss seeing everyone. Thanks for having me on the list. Enjoy!
Sherry Dessauer Shapiro

Hi everybody....the party sounds like a lot of fun, but unfortunately, I can't be in town on those dates. Please keep me in the loop about these events because I will be able to come one of these times. I can't believe we are all going to be 60....where has all that time gone?
Lots of love, Carol Gordon

Hi Guys,
I will be with you all in spirit and wishing I was there. Tomorrow is my BIG 60 and I have been partying for a week already!! Hope to see some of you when I hit Highland Park in October.
Love to all, Candy (Simons)
Posted by HPHS Class of 1967 at 9:04 PM 2 comments:

Mark I. Levy, on Thursday, April 30, 2009, of Bethesda, MD. Son of Kenneth Warren Levy of Highland Park, IL and the late

Mitchell Levy of Bethesda; brother of

The exciting changes happening in this country are the beginning of a much larger transformation, a harbinger of the next step in human development: conscious evolution. It is as big a leap as the two previous major evolutionary steps: standing erect and developing symbolic forms (language, music, mathematics, etc.).

Somewhere during the past eleven and a half years we undoubtedly had a conversation along these lines, in which I mentioned the book I was writing. Some of you have even asked me on more than one occasion when the book would be available.

I’m happy to report that the day has finally come!

My motivation for writing this book is simple: Humanity is at its crossroads; we either evolve, which includes the creation of a sustainable, spiritually and scientifically supportive environment, or face the prospect of a painful future on a barren planet. On these points there is little argument, except from those who have been blinded by ego, instinct, and greed.

There have been plenty of words written on this general subject and on a variety of related issues. Having read more than my share of these accounts, I can assure you that there’s nothing out there that even remotely compares with what you’ll find in “Solomon’s Proof: A Psycho-Spiritual Journey to World Consciousness.”

I’d like to recap as succinctly as possible what this book is about.

To begin with, the book is based on www.SolomonsProof.com, which I posted two years ago and have continued to update. The proof is a combination of what physicists call “The Final Theory,” what alchemists call “The Philosopher’s Stone,” and what philosophers call “The Perennial Philosophy.” In other words, the proof integrates the origins and fate of the universe with human consciousness and evolution.

Given the longstanding history of such a quest, the claim that it has been solved by someone who you know may sound preposterous, but until its disproven, we’re assuming that we’ve solved the riddle. The proof is based on a model of light that I’ve been working on since I was in high school.

Necessarily, the language of the proof is complex and not everyone will be able to understand its logical progression; so, to provide a more accessible alternative, the book is written as a novel. There is also a film in the works that will use animation to further simplify and, hopefully, popularize the material.

The description of the book on the back cover reads:

“In Solomon's Proof, author Rashan Barcusé chronicles the life and teachings Michael Solomon, a brilliant former Stanford anti-war activist now Rocky Mountain yoga teacher, who claims to be the one prophesized by all religions--and says he can prove it. Indeed, he offers a scientific proof for his assertions at www.SolomonsProof.com, which encompasses the convergence of science and spirituality, proof of the Big Bang and String theories, the appearance of the World Teacher, the unity of all religions, and the next step in human evolution.

“From a serendipitous meeting in a Boulder, Colorado, bookstore 33 years ago to 9-11 and beyond, Barcusé chronicles his relationship with the sometimes outrageous but always compelling Avatar, whose favorite subjects range from the distortions of the New Testament to the similarities of theoretical physics and spiritual teachings, and from the politics of the theatre to the theatre of political action. In addition, Solomon draws a parallel between the two greatest literary thefts in history, those of Jesus and "Shake-speare," which are reconciled in a dream by Barcusé in the form of a full-length Shakespearean comedy, The Bard's Ghost (included as an appendix).

“From Nikos Kazantzakis' The Last Temptation of Christ to Norman Mailer's The Gospel According to the Son and from Robert Heinlein’s Stranger in a Strange Land to Richard Bach’s Illusions: The Adventures of a Reluctant Messiah a host of modern writers have explored the possibilities of an Avatar’s life and thoughts outside of the selective composite document called the New Testament. Is Barcusé dancing with the devil or present at the birth of an historical turning point?”

Order information: I’m selling the book at retail on http://shop.SolomonsProof.com to generate momentum for a film trailer to be posted on YouTube and elsewhere. Eventually, this will lead to the full-length film noted above. If you want to buy the book for less, www.barnesandnoble.com has updated it’s listing and is offering discounts and www.amazon.com should be updating their information soon.

If you purchase the book and enjoy reading it, be sure to tell your friends about it. If you have a favorite bookstore, tell them they can order copies of the book through Ingram, the largest book distributor in the U.S. The ISBN number is: 978-0-615-18537-8. If you know a book reviewer, suggest that they email me for a complimentary review copy.

Thanks for your support. Please contact me if you have any questions or comments.